Mayor Rahm Emanuel on Thursday announced a push to triple the amount of Chicago students that obtain STEM certificates within the next five years; Museum of Science & Industry is among the roughly 40 universities, nonprofit groups, and cultural institutions that will help provide training to 1,000 teachers that will provide STEM education to students under the measure 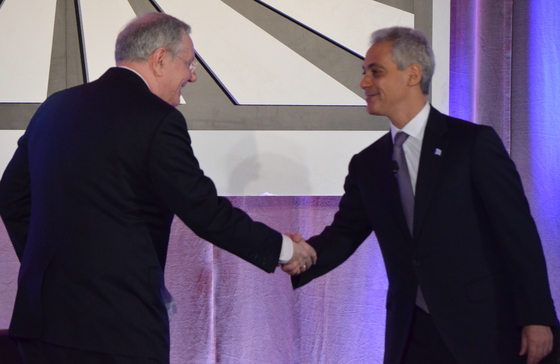 Mayor Rahm Emanuel pushed Thursday for more military schools in Chicago, even as Logan Square community members fight against turning a middle school into a military academy. Emanuel said that the armed forces could add four academies to its current offering of six city high schools and, “It still wouldn’t be scratching the itch.”

Mayor Rahm Emanuel on Tuesday expressed support for an ordinance sponsored by Aldermen Joe Moreno (1st) and George Cardenas (12th) that would place a ban on the use of plastic shopping bags at Chicago’s retail stores; City Council Committee on Health and Environmental Protection, of which Cardenas is the chair, held a hearing on the ban earlier on Tuesday and is slated to vote on the ordinance on April 15

Mayor Rahm Emanuel said in a Tuesday press release that a partnership with Google Inc., under which free Wi-Fi service has recently been provided at the South Shore Cultural Center and the Garfield Park Conservatory, “supports [Chicago’s] efforts to boost wireless services to public places in neighborhood[s] across the city”; Emanuel and the Chicago Park District last year began offering free Wi-Fi at the Montrose, Foster, Rainbow, North Avenue and Osterman/Hollywood beaches 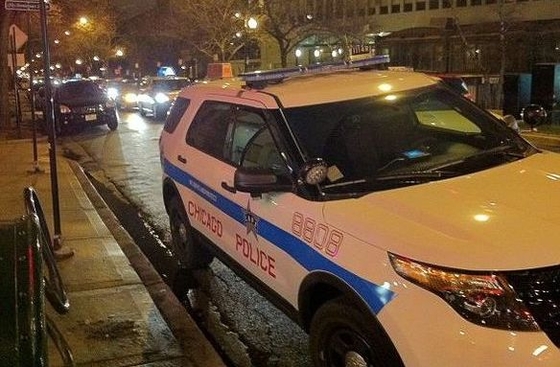 Mayor Rahm Emanuel on Thursday announced the creation of a new pilot program under which a variety of governmental agencies will work together to provide additional support and services to families believed to be at high risk for domestic violence.

Office of Mayor Rahm Emanuel on Wednesday announced the planned installation at Midway Airport of electronic, self-service kiosks that would allow Americans and Canadians to swipe their passports and enter information before receiving a printed receipt that would be presented for review by a customs official; City’s Department of Transportation said the new system could reduce average customs wait times by 27.5 percent; Kiosks first debuted in the United States at O’Hare Airport in June

Mayor Rahm Emanuel on Tuesday joined U.S. Sen. Dick Durbin (D-Ill.) and other officials to break ground on the $60 million development of a 16-foot-wide flyover at the intersection of the lakefront bike and pedestrian pathway and Navy Pier’s feeder roads; Project is expected for completion in 2018

Mayor Rahm Emanuel’s Chicago Infrastructure Trust on Monday announced vague details about its second initiative, under which about 100 Chicago Public Schools- and Chicago Park District-operated swimming pools would be upgraded and retrofitted to “reduce carbon emissions”; Trust spokesperson did not specifically say what type of energy-efficiency improvements would yield the carbon-emission reductions, according to Crain’s Chicago Business

Mayor Rahm Emanuel on Thursday said that, despite the fact that 92 speed cameras near city schools and parks have only generated $3.7 million in fines – only $1.5 million of which have been collected – since being installed, the cameras have been effective in increasing safety in the areas; Mayor said he’ll find another way to finance $70-million worth of youth programs intended to be funded by speed camera revenue, if the camera revenue doesn’t meet projections