Mayor Rahm Emanuel on Friday attended a ground-breaking ceremony for West Rogers Park’s $15 million Devon Avenue streetscape project, which is funded primarily by Tax Increment Financing monies and for which work began earlier this week; Widened sidewalks, new trees and new artwork are slated to come under the project; Emanuel said, “I cannot think of a better street that represents the coming together of many, many, many different faiths in a common purpose”

Mayor Rahm Emanuel on Friday announced the city is offering about 23,000 city jobs to undocumented students who immigrated to the United States five-or-more years ago; City has made more than 22,000 summer job program-positions, 500 city internships and volunteer jobs and 30 Mayor’s Office fellowships available to such students

Mayor Rahm Emanuel on Wednesday said it’s “not even worth applying” for summer jobs program funding after the federal government has reduced its funding for such programs; Emanuel said, despite the lack of funding, the city this year plans to offer summer jobs programs to 22,000 Chicagoans between the ages of four and 24, up from 20,000 last year

Mayor Rahm Emanuel has plans to propose levying a lease tax on downtown office towers as part of an attempt to generate revenue for a $600 million hike in the city’s required contribution to Chicago’s firefighter and police officer pension funds, a source told the Chicago Sun-Times; Aldermen Brendan Reilly (42nd), Scott Waguespack (32nd) and Bob Fioretti (2nd) are expected to express opposition to the proposal 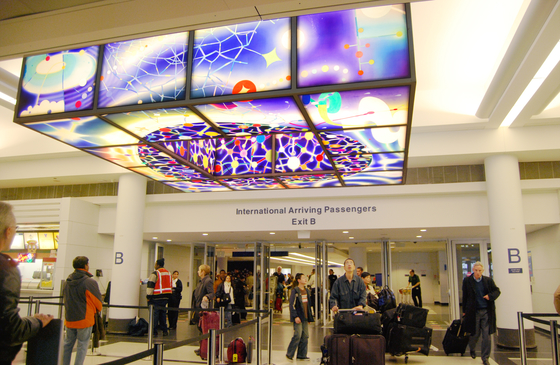 Mayor Rahm Emanuel and U.S. Sen. Dick Durbin (D-Ill.) presented the new international Terminal 5 at O’Hare Airport on Friday after the completion of a $26 million overhaul.

The new terminal features 24 retailers and restaurants, 11 of which are Chicago-based, according to a mayoral press release. Over 400 fulltime jobs are expected to be created at the establishments, which include Rick Bayless’ Tortas Frontera, The Goddess & Grocer and “a wide variety of culinary options” from Lettuce Entertain You Enterprises.

Mayor Rahm Emanuel said on Tuesday that his pension negotiation proposal, which would replace Chicago public workers’ 3 percent COLA with increases equal to half of the inflation rate and require a 2.5 percent increase in workers’ retirement contributions, does not qualify as a “cut” to benefits; Mayor said, “I’ll tell you what a cut looks like, not getting a retirement check”; Emanuel’s measure also calls for a city property-tax increase

Mayor Rahm Emanuel and Howard Tullman, CEO of the 1871 technology startup hub, on Tuesday announced commitments from area businesses to create 10 or more new jobs each over the next two years; Centro, Food Genius, SpotHero, Cleversafe, Context Media and AdYapper were among the companies to make job-creation commitments